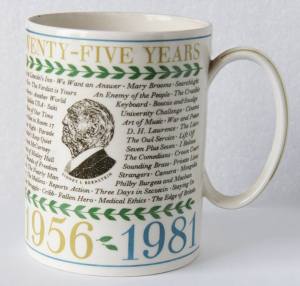 Granada had a reputation of being a paternalisitc company, in the style of other employers such as Cadburys and Unilever and took great pride in looking after its employees. There was a canteen which was open all day and half the night, a nurse who was on site and if necessary the company could quickly fix up private doctor, dentist and optician appointments. Granada was also very generous when it came to sickness and ill health, and was always prepared to give whatever assistance it could, be it in time off or booking into clinics or hospitals.

Granada also operated a share scheme so that when you qualified you received an extra one per cent of your salary as a bonus in shares. These could either be retained or sold on after a given period of time. There was a generous pension scheme as well.

The company operated a closed shop and every employee was obliged to join their respective trade union which would negotiate on their behalf. In the early days pay was not particularly lucrative but after the 1979 strike salaries improved dramatically. Expenses were always generous although you were never supposed to claim for alcohol.

During the 1960s and 70s Granada had its own amateur theatre group, known as The Stables with staff members participating in performances. In 1977 the theatre company ended and The Stables became a bar. The bar was later transferred to the Old School, across the road from the main entrance. At Christmas there was always a party for the children of employees and this is fondly remembered by many. The company also had sports facilities with the occasional cricket and football matches. 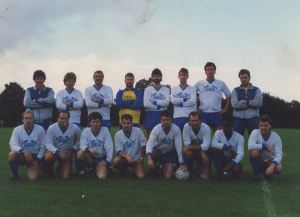 Granada was a small company employing a little over 1,000 people at its Manchester base. The management structure was similarly small so that it was effectively controlled by Lord Bernstein along with Sir Denis Forman and David Plowright. Mike Scott, who became programme controller in 1978 was also a key figure. And, unlike most companies, everyone, apart from Lord Bernstein, was known by their first name.