World In Action first aired in January 1963 and continued until December 7th 1998. During that time it raised a multitude of major issues and became known as one of the finest investigative documentary programmes ever produced. One of it strengths was that it rarely used a presenter with all questions being asked off camera. During its time many of its Researchers, Producers and Directors went on to become well know film producers including Paul Greengrass, Michael Apted and MIke Hodges. Many others went on to make rich contributions to the broadcasting industry including Lord John Birt, Lord Gus Macdonald, Leslie Woodhead, David Boulton, Ray Fitzwalter, Steve Morrison, Stuart Prebble, Dorothy Byrne and Katie Jones. Two former Labour Foreign Secretaries, Jack Straw and Margaret Beckett, also spent time working on the programme. For many year George Jesse Turner was the principal cameraman on the programme, winning numerous awards for his camera work. 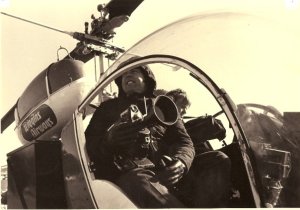 World In Action covered a range of issues including wars in Vietnam,the Middle East and Northern Ireland, various injustices such as the Birmingham Six, exposures that included the revelation that the Queen did not pay any tax, the Militant Tendency in Liverpool, the British Steel Papers, Jonathan Aitken and there were also programmes involving the Rolling Stones and U2.

Next Post (n) Brian Blake talks about Granada as an employer